The 21-year-old singer/songwriter, Robinson (first name Anna) has been singing and writing music ever since she can remember and now has people listening to her songs worldwide due to the success of “Nothing to Regret.” Within two days of this song’s release, it had quickly reached 300,000 streams across Spotify apps worldwide. Since, the song has succeeded 43 million streams. Robinson has been taking on her new career with gratitude for the journey of making her childhood dreams come true.

“I was just kind of always singing, and it was always part of my childhood,” Robinson said. “It was kind of like this really strong feeling or intuition that this was always what I was meant to do and I didn’t really have anything else that I was so super super driven by and passionate about. You know, being alive, I guess.”

Robinson’s hit song “Nothing to Regret” was inspired by the idea of living life to the fullest at every chance a person has. Robinson has witnessed her working friends’ stress and lack of free time. Due to her unique work-hours as a musician, she was inspired to create a song with the goal of motivating her listeners to make use of their off-work hours to let loose.

“‘Nothing to Regret’ was sort of about living for the moment you have when you’re free,” Robinson said. “All of my friends work nine to five jobs so I suppose it was about having your own fun and being able to make the most of when you really do have that time and just, like, going crazy and having a party… to have fun and be young and make the most of every moment.”

Robinson appreciates every second of her career from the moment when she was first discovered up until this far of her musical escapade. The kiwi popstar was simply a part-time manager out of high school when a youtube video of her singing her song “Crave You” was recognized. “Crave You” was written in Robinson’s teenage years of about 17 or 18 in her hometown within New Zealand. Since, she has been traveling the world with her collection of released singles, making new friends and taking on experiences with an open mind.

“For me, this is what I want to be doing and I absolutely love it,” Robinson said. “But, sometimes when you’re away from home for a long time you can get a bit homesick and with traveling, sometimes I get a little bit inside my own head, but I’ve been really lucky. The more trips I go over the seas, I make more friends and meet more people… I honestly wouldn’t be doing anything else.”

Robinson has been busy filming the video for her new song and is excited to be releasing her next single toward the end of September. She plans on releasing more singles in the near future, leading to live shows and eventually, an album.

“To anyone with a dream, just keep pursuing it,” Robinson said. “Especially when it’s something you really love and you’re really passionate about and when you think about it, there’s nothing else that makes you super excited or really driven or gravitate toward, I think you should just go for it…” 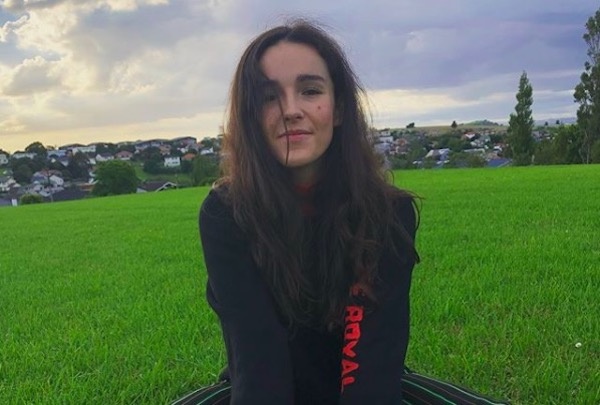 Robinson, who began her music career straight out of high school, understands that many young adults are oftentimes pressured to organize their future in a way that complies with societal expectations. Anna Robinson, now a pop star, did not conform to those ideas and has undeniably, nothing to regret.

“For me, I always felt like there was nothing else I wanted to do besides music, but sometimes when everybody else is doing something,” Robinson said, “you kind of feel like ‘oh maybe I’m supposed to do that too’ and I think there’s a lot of pressure on people at the end of high school to go to university. While for a lot of people, university is great, but for me, it definitely wouldn’t have been the right road to go down and I really think it’s more about following something because you’re passionate about it and you love it.”

Get to Know Robinson: